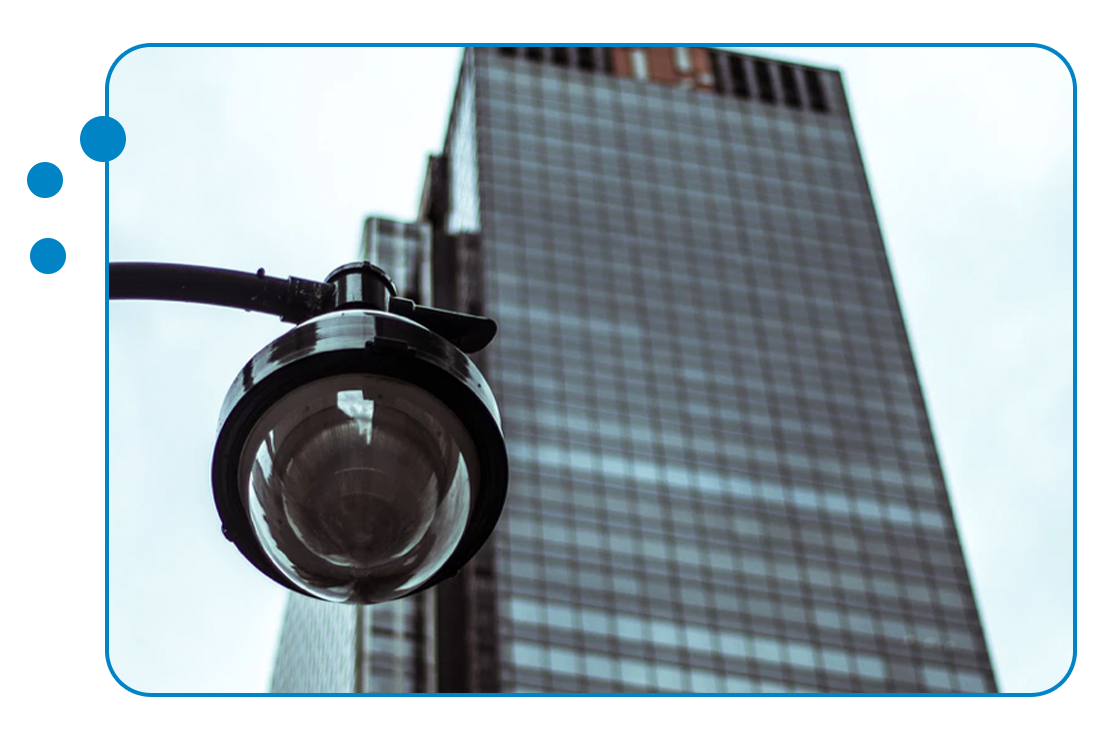 How it works
‍
‍Analog cameras transmit a video signal to the video recorder via coaxial cables using traditional radio frequency (RF) technology.  It begins with a CCD sensor in the camera which digitizes the image for processing. But before it can transmit the image, it needs to convert it back to analog so it can be received by an analog device, such as a video monitor or recorder.  Unlike IP cameras, analog cameras do not have built in web servers or encoders.  Analog cameras require little technical maintenance.

HIGHLIGHTS OF ANALOG SYSTEMS:
‍
Analog CCD Cameras perform well across a variety of lighting conditions and manage motion well.
Analog cameras allow us to use legacy cabling in existing structures. Surprisingly, coaxial wires are still very relevant. Cable, satellite and security companies continue using coaxial cables mainly because of their low video noise level.
However, legacy cabling for analog cameras utilizing coaxial cables can be cumbersome.  Today, we also have an option using baluns’ to transmit analog video, power and data over a network wiring infrastructure and transmit the video and power well over a mile(on standard Cat5 cabling).
Using coax wires greatly reduces the overall cost of cabling because cable manufacturers enhance the wire by tying it with additional strands (18/2), allowing it to transmit video and power in the same cable.
Analog video traffic is not subject to networking issues or risks and require little to no network knowledge (just power, point, and focus).
With no bandwidth requirement, Analog systems are exponentially scalable with minimal network concerns.
Less maintenance—no IP traffic management, no programming, software, IT skills, etc.

‍For the security manager, the shift to network video creates new opportunities for digital technology to deliver maximum value.  The move to open systems empowers a much more productive and cost-effective means of surveillance than was ever possible, including powerful intelligence capturing capabilities.

How it works
‍
An In-Stall network video system uses standard IP networks, such as Local Area Networks (LANs) and the Internet, for transporting information, rather than dedicated point-to-point cabling used in analog video systems.  The network cameras capture and send live video connecting directly to the IP network.  A standard PC can be used to monitor and record the video and any camera can be monitored remotely from anywhere on the internet. 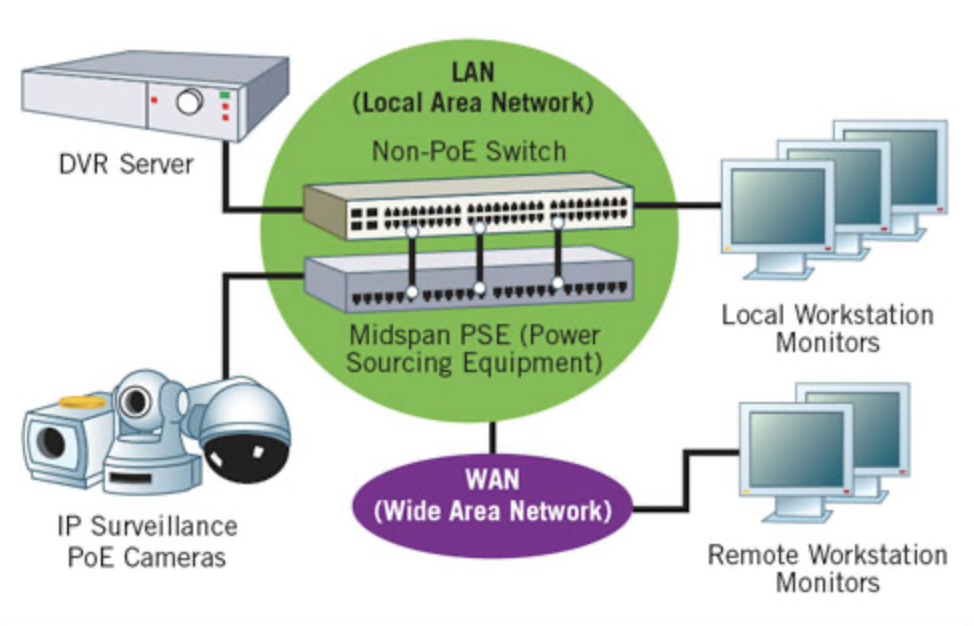 HIGHLIGHTS OF IP SURVEILLANCE
‍
The technology used in IP Cameras allow manufacturers to provide higher megapixel sensors that utilize higher quality lenses resulting in sharper and more color balanced picture quality.
Superior quality gives you the ability to identify people and objects like never before.
True enterprise solution: The scalability and flexibility of the IP system allows for any number of cameras from any number of locations that can all be recorded and viewed from anywhere. This creates added security by eliminating a single point of failure.
Integration: Since IP technology is being utilized in most networks, existing standards make integration more prevalent and cost-effective.
Cost effective: IP technology is more cost effective on many levels. Installation can utilize your existing network and cabling, your existing IT staff can include video servers into current maintenance plans and service equipment themselves, all video is stored on hard drives eliminating the need for tapes, and artificial intelligence can eliminate the need for a person to monitor video.
Future proof investment: IP technology is well established and is already an industry standard. Any IP technology will be a secure investment far into the future.
Video analytics: Digital video allows the use of artificial intelligence. Allowing the server to monitor video intelligently eliminates the need for human monitoring and has the ability to notice things beyond the scope of the human eye. Software algorithms monitor data, behavior, objects and attitude to trigger alarm events. Count people in a scene, determine locations, track people across multiple cameras, identify suspicious movement, determine the speed and direction of an object, monitor for missing objects, and much more

SEE YOUR WORLD IN HD

HD-SDI technology allows for higher resolution video and at a faster frame rate than an IP camera’s frame rate. With HD-CCTV, there is no need to extend a local LAN all the way to every camera on site in order to deliver the benefits of HD video; instead, it utilizes your existing infrastructure wiring, making this technology an optimal choice for upgrading old analog systems into a high definition system at significantly lower cost than IP security systems.

HD-SDI systems consist of HD-CCTV certified cameras, coax based wiring, and HD-CCTV certified digital video recorders. Until recently, the only option for HD resolution was to adopt mega-pixel IP cameras. Now, HD-CCTV cameras are an alternative. Today’s national television networks such as NBC and FOX use HD-SDI technology to broadcast high definition video to our TV’s.

HIGHLIGHTS
‍‍
One of the main advantages of upgrading to HD-CCTV is that it does not require significant modification to an existing CCTV system designed for analog cameras, for which extensive cabling and labor was already invested in.
Since the coaxial cables originally used for the analog system have unused data spectrum capacity available, it is easy to replace the camera and the recorder to obtain nearly seven times higher image quality than the original analog camera system (1920×1080  vs 640×480 or 2.1 million pixels per image vs. 300 thousand pixels per image).
HD-CCTV cameras deliver the highest overall quality HD live views.
HD-SDI is a digital interface that delivers HDTV signals without any compression artifacts or transmission-related delays
HD-CCTV unlocks HD quality
No wireless solution is yet available for HD-CCTV.
HD-CCTV cameras transmit only HDTV video: 720p25/30/50/60 and 1080p25/30. Customers who need higher frame rates or higher resolution must turn to Megapixels IP cameras

THE BEST OF ANALOG, IP AND HD-SDI IN ONE SYSTEM.

You have already made significant investments in analog CCTV systems and as long as these systems appear to be delivering value, you may not see the need to change, right?  CASNIC’s range allows you to integrate your existing analog system with the latest network video recorders and encoders, maximizing the value your current security system is providing.

Combine your analog CCTV camera system with network video encoders and acquire all the functionality and benefits that digital technology offers:

Our Project Managers provide you with a turnkey installation. In-Stall will manage your security access control installation from start to finish, eliminating unexpected costs and ensuring the installation and programming are done correctly. In-Stall will spend one-on-one time with your stand, teaching you how your system works and how to manage it properly.

Access Control Manager Systems are IT-friendly Physical Access Control Systems for both small-business and enterprise-class installations.  Our access controls systems are designed to keep your focus on securing your people, property and assets, and maximizing your time by helping you respond immediately to alerts wherever you are.  We offer browser-based solutions that can integrate with existing IT/HR systems, minimizing the need for duplicate data entry. Our systems come with a full set of standard features that not only help to maximize your time, but will reliability safeguard your information. 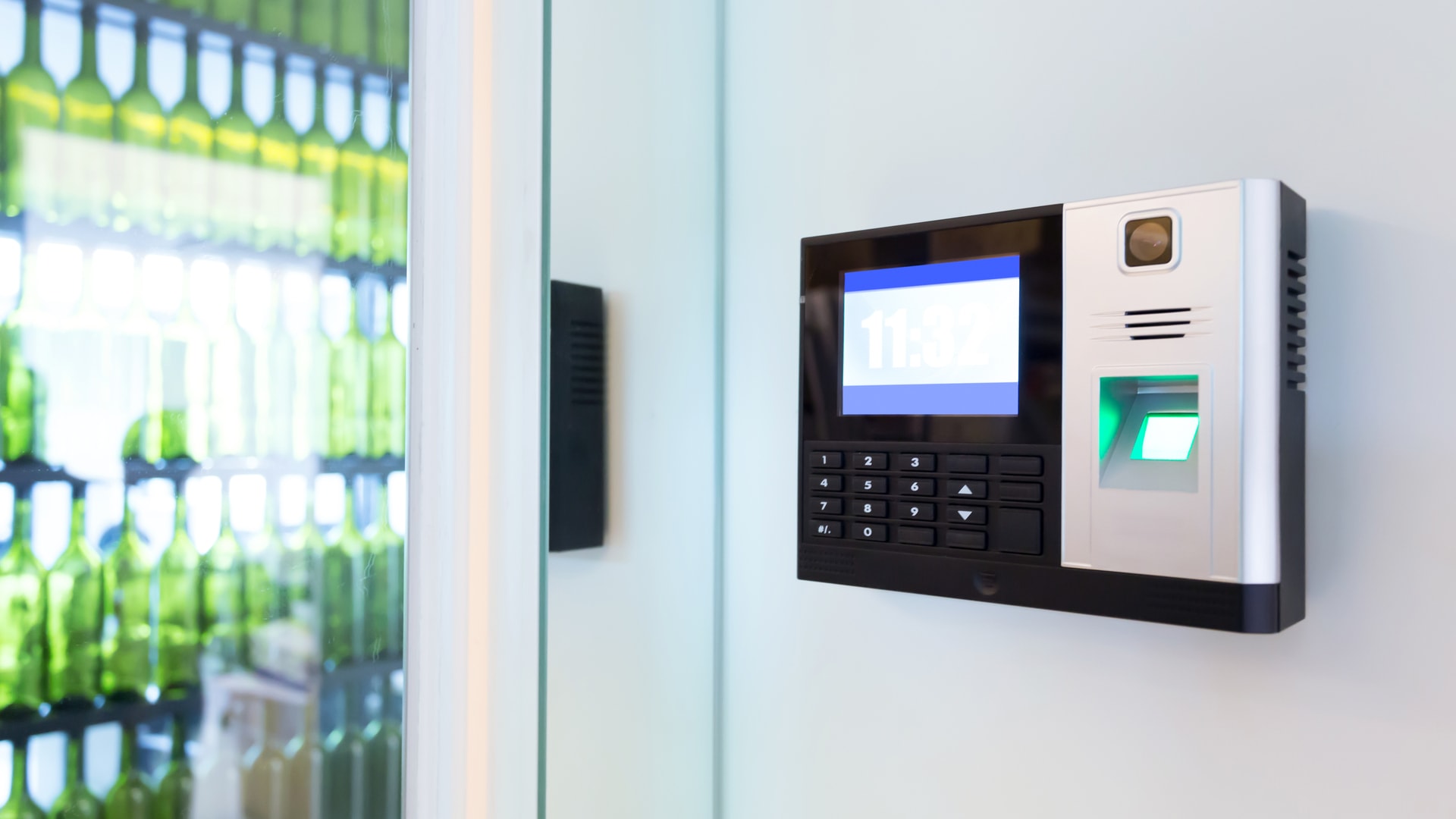 ‍In-Stall installs several brands of intrusion systems including DSC and Honeywell. Conventional alarm systems are built with hardwired sensors connected to an alarm panel. Worry free maintenance of such systems is a great benefit for a business where running wires for the alarm devices doesn’t require harsh and destructive retrofitting.

Drawbacks:
Need to run the wire to each of the devices

Wireless Technologies and high capacity batteries are the base of the Wireless Alarm System. Wireless home security is one of the latest forms of house protection products. Using this technology, CASNIC helps users secure their homes using wireless technology that can be controlled remotely. Installations of these systems are fast and non-intrusive. Whether it’s a house, business or construction site, this type of alarm system fits almost every application. Reliable and secure with batteries lasting for up to 4 years without replacement.

Benefits:
Fast and non-intrusive installation
Control your alarm from anywhere within range of the system (with wireless  keypad)
Protect hard to wire areas

Drawbacks:
Need to replace the batteries every 2 to 4 years.  A message for low battery will be shown on the keypad.